Have you ever watched the show Renovation Realities? We did. Before we laid a finger on our house, we watched that show and I have a good feeling that we both watched every tragic renovation and thought: That will never be us.

Especially when the first room we pulled up carpet in looked like this: 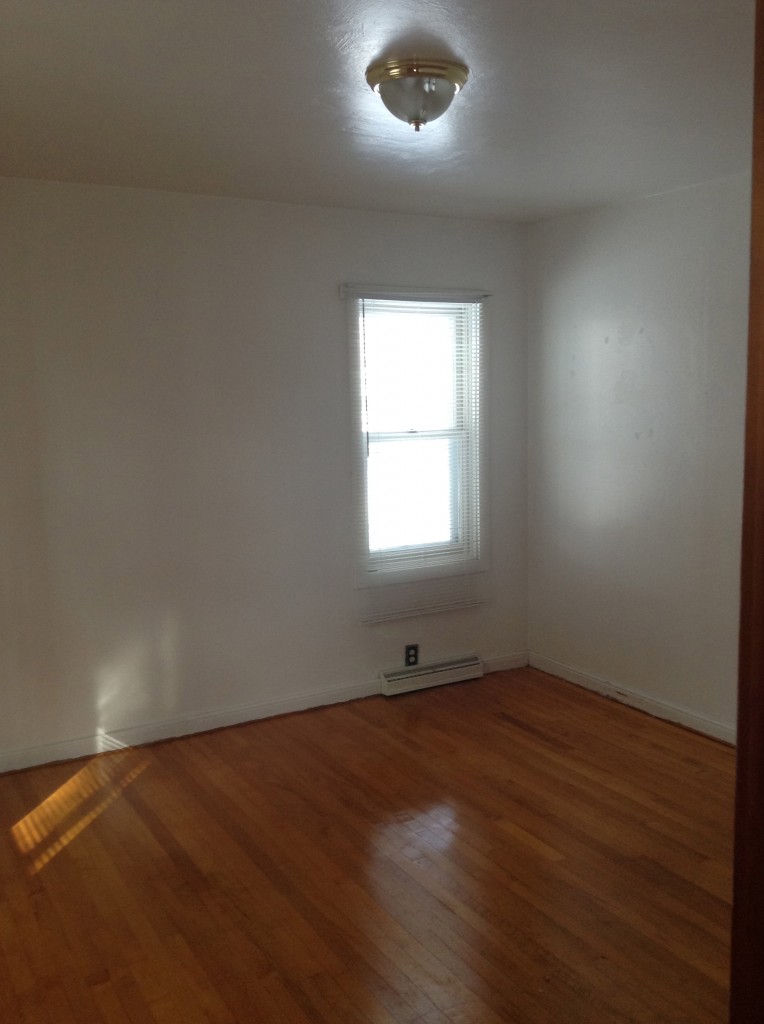 Gorgeous, right? Other than the brass lighting fixture that is in major need of an update. We saw this and were blown away, thinking the we got an even better deal than before. Real hardwood that looked nearly perfect? Mind blown.

Until we saw this in the hallway outside of the room:

No big deal. We can fix that. And then it got better as we moved on to the hallway: 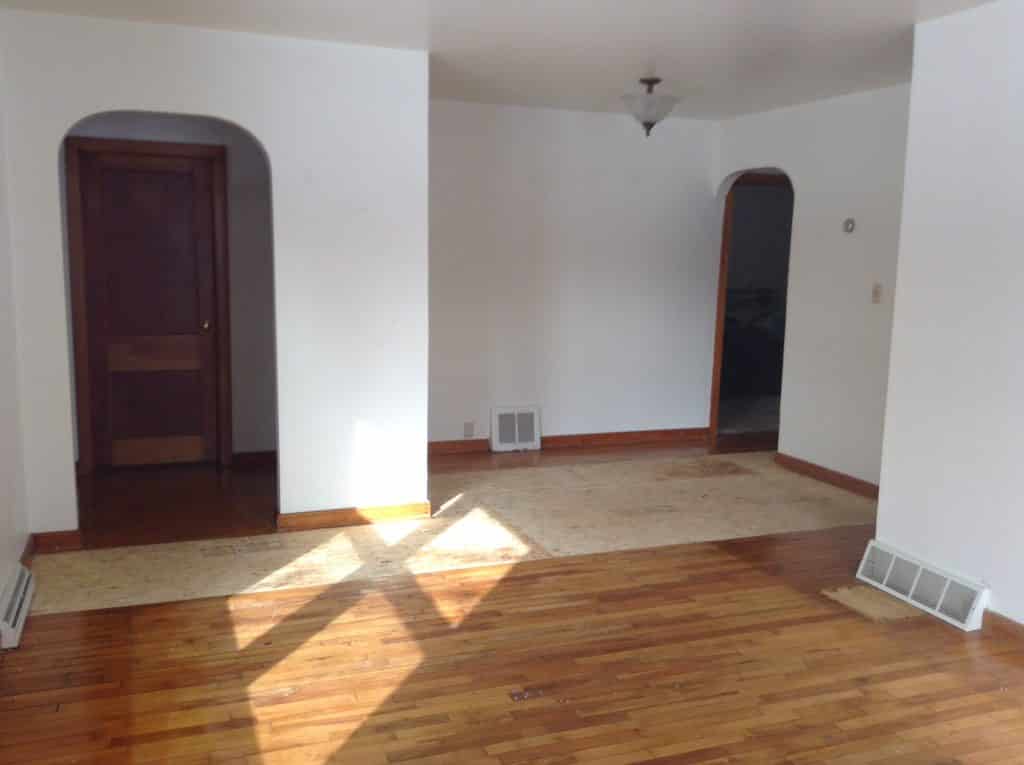 Eventually we found out the living room was pressed wood free and rejoiced a bit. Until we found out that someone thought finishing a foot away from the three walls and leaving a giant square that was unfinished in the middle was a good idea. 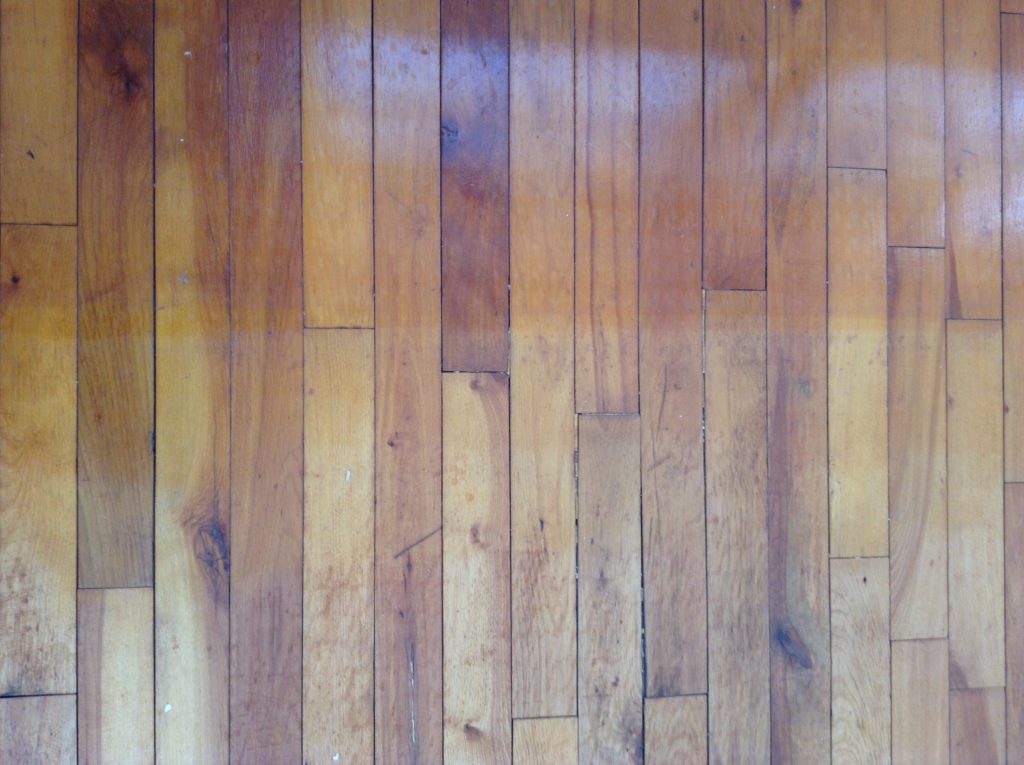 We spent the last two days pulling up carpet/padding then using pry bars and pliers to pull nails from the floor so I am BEAT. And somewhat disappointed that even after all that work, we now have to figure out whether we’re going to refinish the hardwood or put new flooring down in some rooms. The second bedroom was all pressed wood so we left the carpet temporarily.

On the bright side? We bought our appliances today and got an awesome deal for stainless steel. To say I’m excited about our fridge would be a HUGE understatement. French doors with a second fridge drawer and close to $1000 off the normal price? Total win.