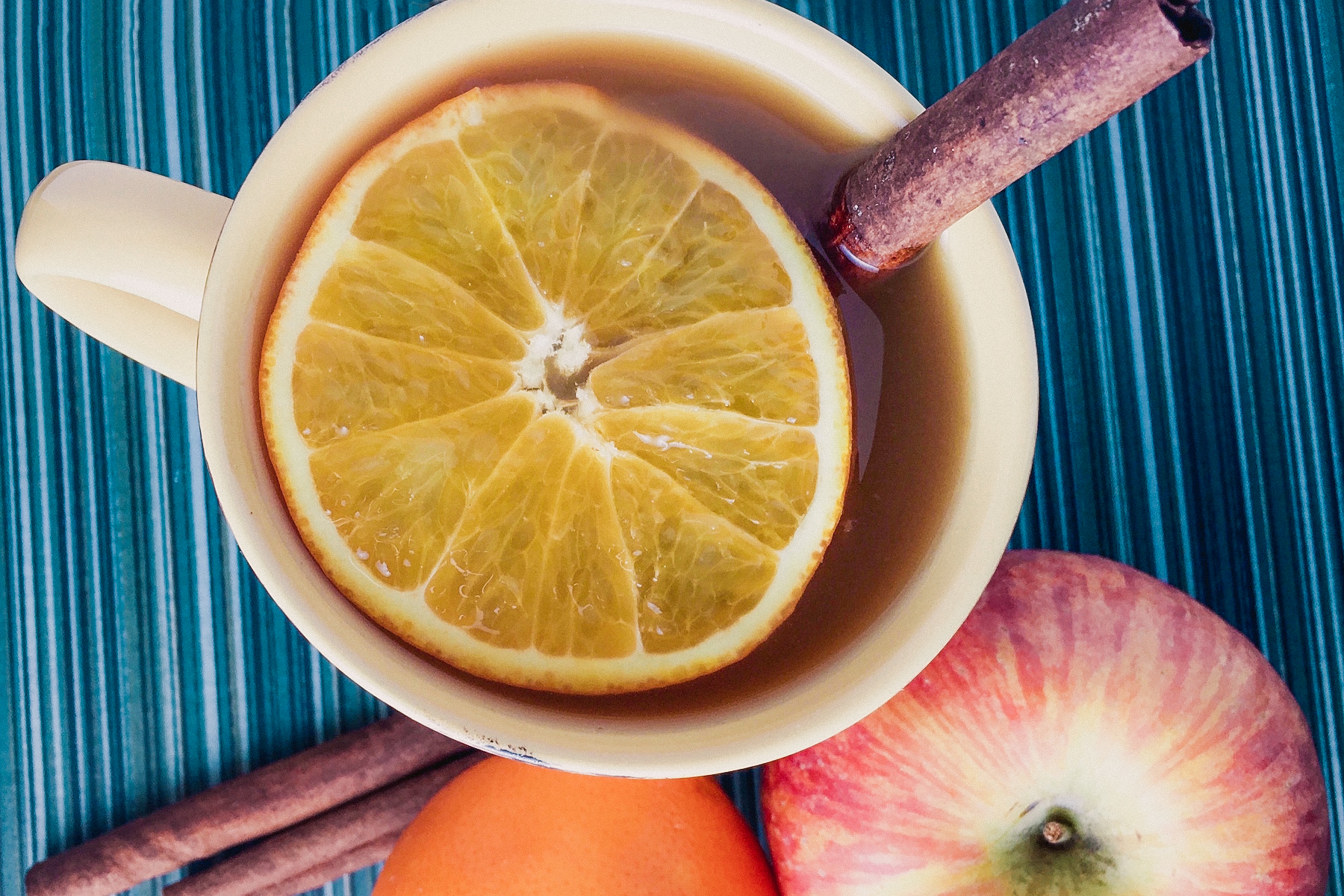 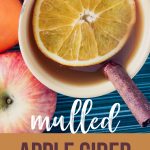 Inside this post: Learn how to make slow cooker mulled apple cider with a twist that’s perfect for cozy weekends spent inside.

Pumpkin spice may be all the rage come fall, but I’d take mugs full of apple cider over pumpkin spice lattes any day of the week. Especially hot mulled apple cider.

Don’t get me wrong. I would easily eat pumpkin pie over apple pie, but when it comes to the smell and taste of warm fall and winter beverages – my vote is everything apple.

So I’m really excited about this easy to put together, make your entire house smell like fall mulled apple cider crock pot recipe. Not only is the flavor fantastic, but I love that it’s a set-it-and-forget-it recipe. With the help of a crockpot with a locking lid, it’s the perfect tailgating and potluck drink, too.

With the addition of five spice powder, it adds a little something special to an already amazing flavor combination. Normally pumpkin pie spices are used, but the five spice powder just builds in a more robust fall flavor profile.

If you’re unfamiliar with five spice powder (and why it would be a great addition for mulled apple cider), here’s a quick rundown of it. Chinese five-spice powder is a blend of five or more spices (clever name, right?) that are used predominately in Chinese cooking.

While the ingredients may vary, common spices in five spice include a combination of the following spices:

You can make your own five spice powder or buy five spice powder online (or at some local grocery stores.) And if you’re looking for other ways to use five spice powder so it doesn’t sit around collecting dust, consider using it as a spice rub, in cocktails, or in fried food batter. It would also be a delicious addition to your favorite fall baked goods!

One of my favorite things about this easy mulled apple cider recipe is the aroma that fills our home every time we make it. Between the five spice, cinnamon, apple and orange flavors – it’s such an inviting smell in our house. It’s the perfect thing to make on breezy fall days or when you’re curling up with a good book in front of the fireplace.

And if you want to wow your company this fall and winter, throw this slow cooker mulled apple cider recipe together and let it simmer in the background. A cozy atmosphere is pretty much guaranteed with this scent filling your home. 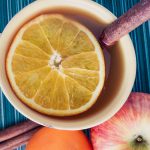 An easy mulled apple cider recipe with a twist that you can make with a slow cooker.

Don’t lose this recipe! Pin this easy mulled apple cider recipe to your favorite Pinterest board by clicking on the pin below.