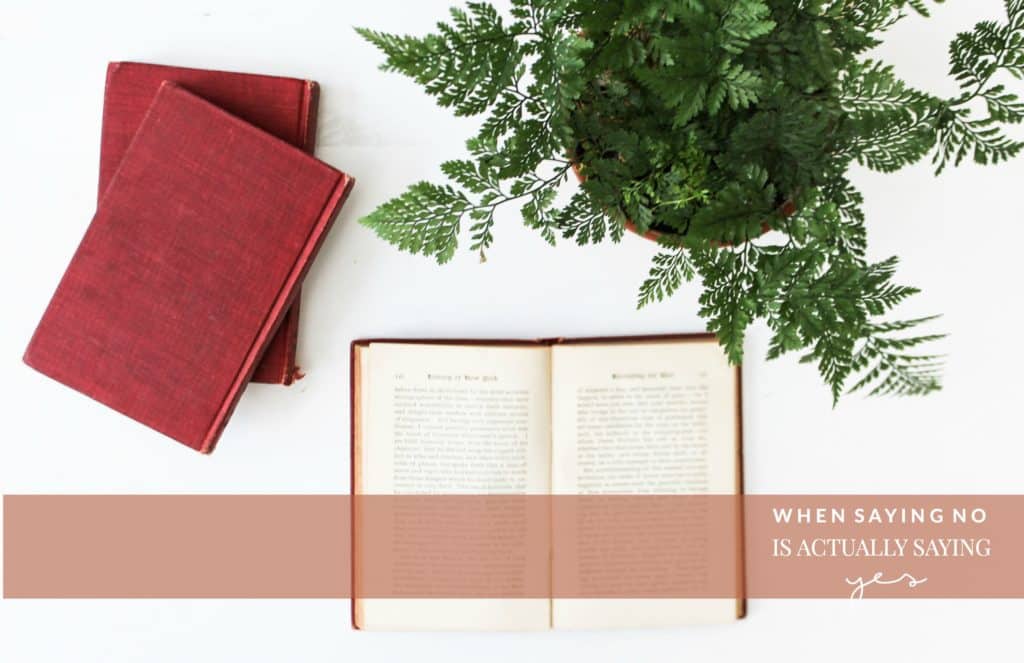 When Saying No is Actually Saying Yes 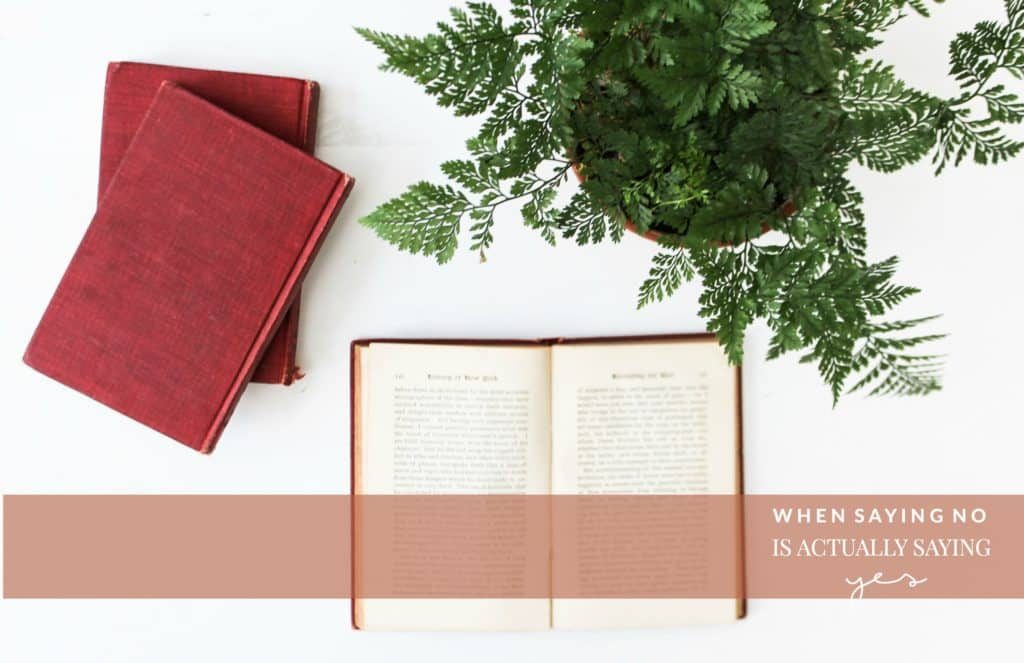 This past week, I said no. It sounds simple. Too simple. But it was hard. Really hard.

We had family in town and everyone was headed to a local train attraction. One I’d been to before and one that I loved visiting. It was family I cared for, a place that I love, and the perfect day to be outside. Yet something wasn’t right.

Maybe it was lack of sleep catching up to me, or the stomach grumble that’d been there for a few days, or simply the overwhelming feeling that filled me up by having an additional six more people in our house. I don’t know. But I felt every fiber of my being telling me I should go. Not that I wanted to go, but that I was obligated to.

It overcame me. I felt trapped in my own decisions. And it ate away at me all morning until it was time to go when I finally told Nathan I wasn’t feeling well enough to go. It was true. I just wasn’t sure what exactly it was that wasn’t feeling well until the house was empty again.

And I sat. I sat in near silence, listening to the sweet sounds of puppy snores. I sat with a cup of tea, watching hummingbirds flutter in front of our window. And it was then that I realized that I was free.

For years, I’ve held myself to an ideal that I held no one else to. One that was filled with double standards, and harsh judgements, and an unexplainably high bar that was always just out of reach. It guaranteed guilt, sadness, uncertainty, and total lack of acceptance.

As I sat there, breathing in the fresh air that flowed into our home from the open windows, I knew that my decision had affected others. I knew that my presence was missed (at least a little bit.) I knew that it left some additional responsibilities and stress on my husband. I knew that it was a selfish (not in a bad way, but still selfish nonetheless) decision. I also knew that they would survive.

I knew all of this because the guilt wasn’t what followed this move. It was understanding and acceptance. At that very moment, my time was better spent at home. The tiredness slipped away. The stomach grumble was replaced with true hunger. And all I was left to feel was content.

It made me wonder how many moments this past week, month – heck, even my lifetime – I was manifesting unnecessary pain because I just refused to say yes to myself. To watch it all disappear with such little effort made for such a bittersweet moment. I wanted to kick and scream over how easy it was and how much I missed out on over something to simple.

Yet it was glorious. Undeniably and overwhelmingly gratifying and humbling. I’ve been making life so much harder than it needed to be for so long. And I chastised Nathan for doing this just the other day. What a hypocrite I’ve been.

I knew that when these few quiet hours were over, I’d be ready for them again. My patience would be restored. My energy would be rejuvenated. My smiles would be plentiful. And that sure as hell beats foul mood that preceded their temporary departure.

It was that moment that I learned how simply saying no isn’t a hard no to everything in life. It’s a no that creates an opportunity for something else. Sometimes something bigger, something better, or something even more important in the grand scheme of life.

So no rarely means just no. It usually means yes. Even if that yes is to something else entirely.