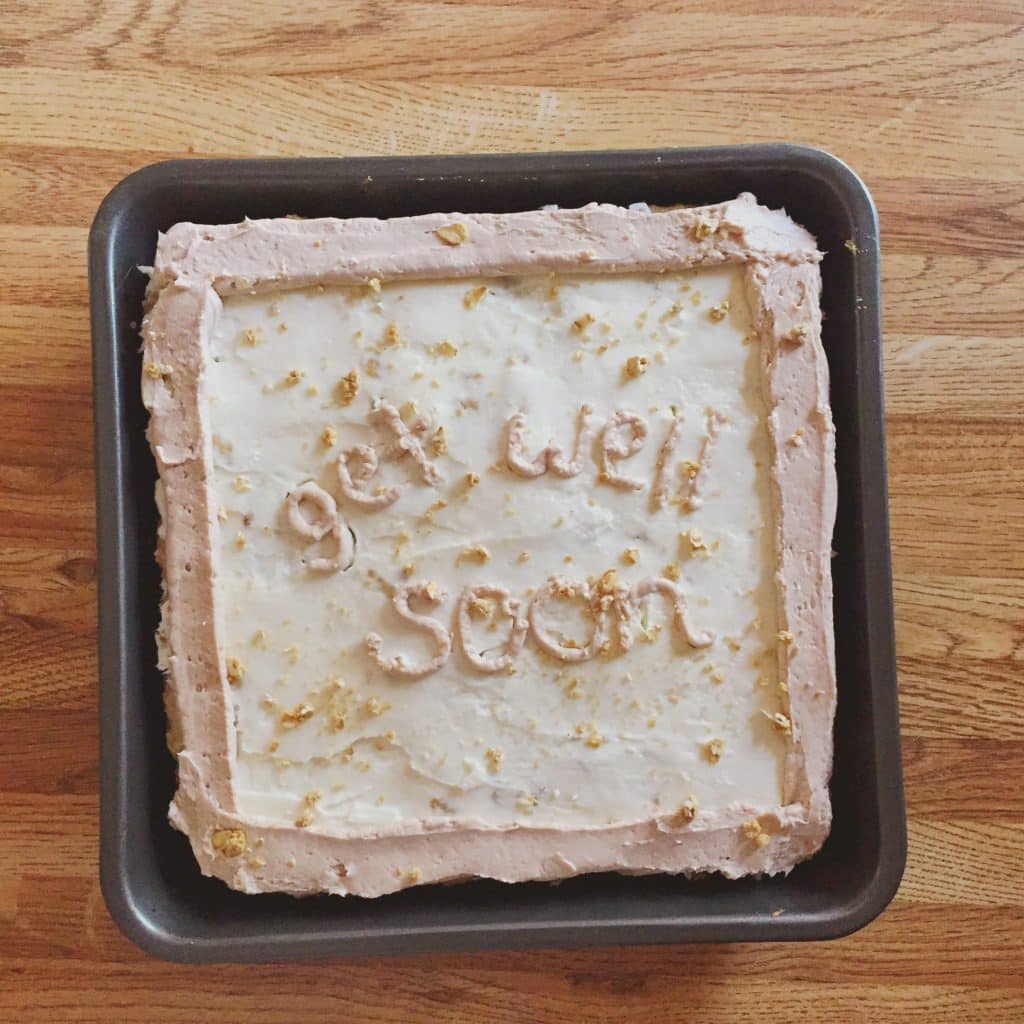 My Dog Has Cancer – Now What? 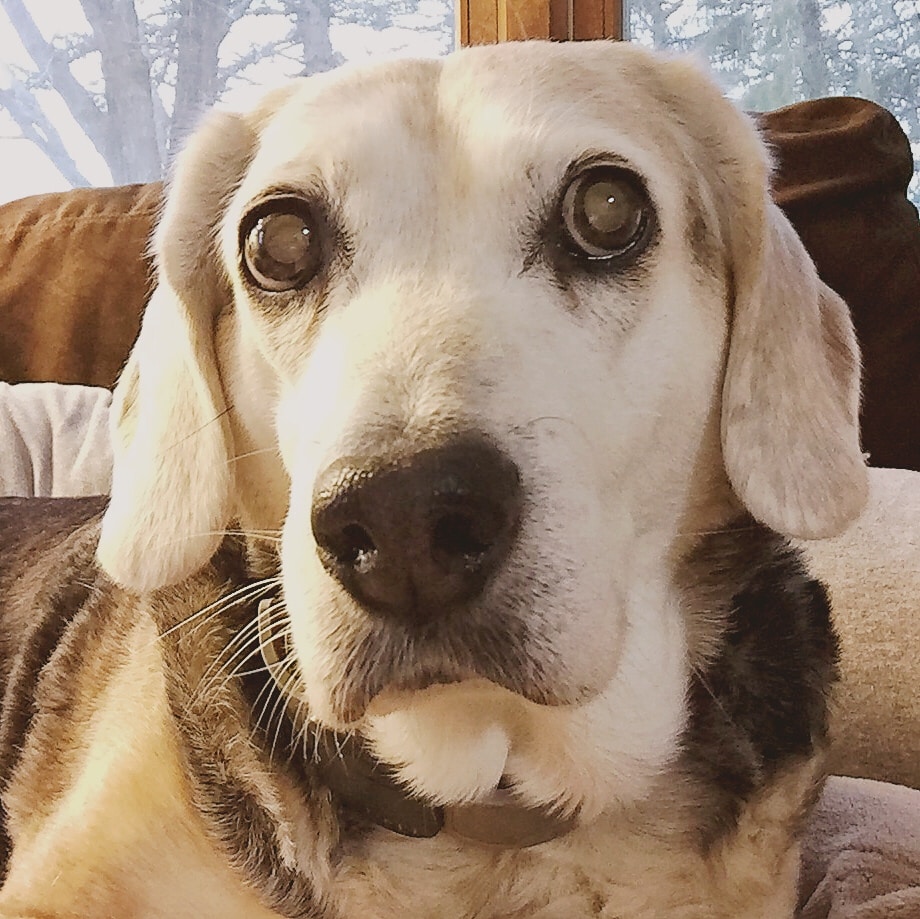 Last Saturday, we went to see a veterinarian about our oldest pup Meg and some lumps we found on her. It was over an hour long appointment, but I can only remember three things.

One. The sound of her yelps as they took tests and did blood draws. I couldn’t see her, but I knew the sound. It’s one that I can’t just forget and it’s one that will forever haunt the diagnosis.

Two. The fact that the vet never once said the C word. But as she spoke, between the words she did say and the tone they were said in – I knew. And I am forever grateful for those words never being uttered in that office. I didn’t need to hear it to know it, but that word will never linger behind those closer doors.

Three. Three months to live. Initially, it was six. Initially, it was “we can do this.” We can fight this. But days later, it turned into three after discussing it with the University of Wisconsin. And that punch in the gut feeling as I realized that a quick surgery was not going to solve our problems was awful.

I never wanted to deal with cancer. Who does? So when my gut feeling said her tumors were cancer – I ignored it. I couldn’t process. Shame on me. Shame on me for ducking and running. Shame on me for not manning up and being the advocate Meg deserves. But it’s the truth. The ugly truth, but still the truth. 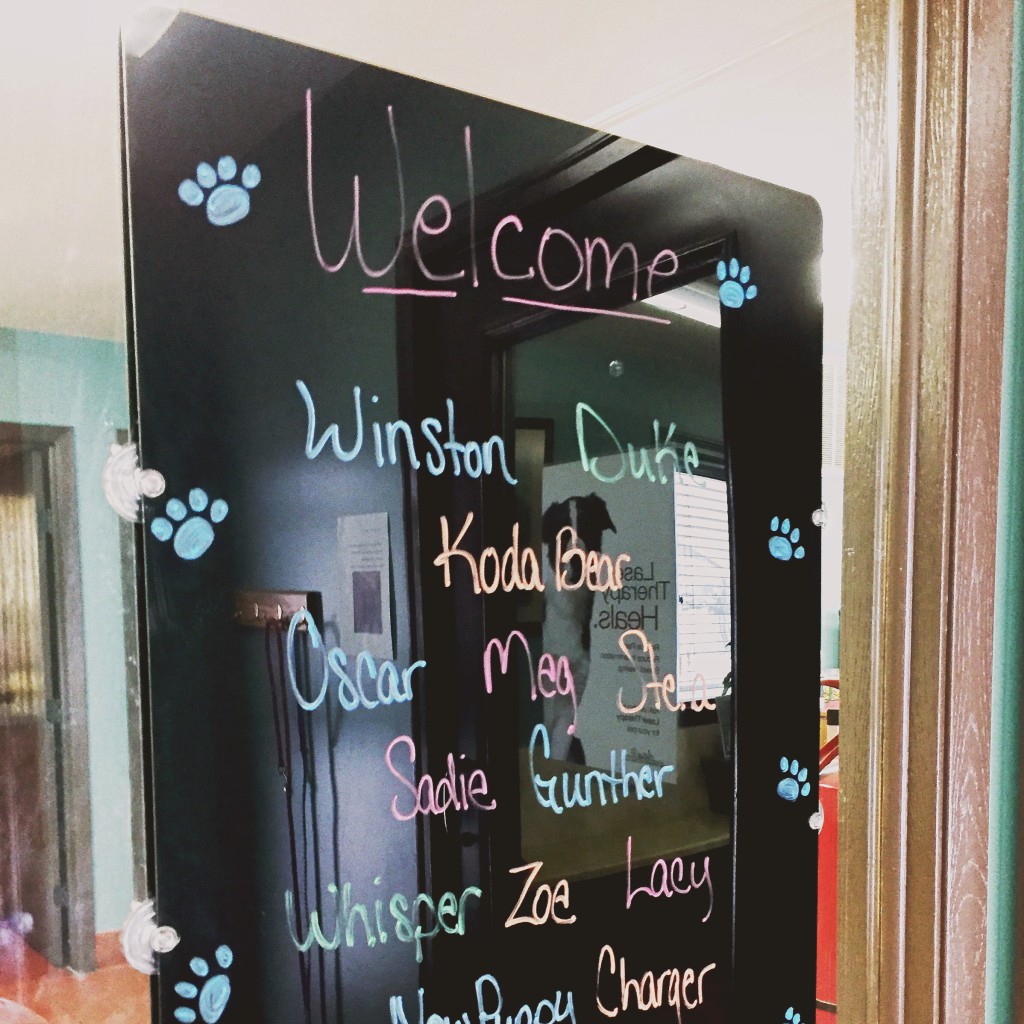 And last Saturday, something told me it was time. Ready or not, it was time to go in. I will be forever grateful for a new vet to squeeze us in for a weekend appointment that lasted beyond their open hours. And I’ll be even more grateful for that sweet vet we met with to call us, on Tuesday, who said “I can fit her in for surgery on Thursday.” It was too soon, but it couldn’t come soon enough.

I cried harder than I had ever cried. Those tears were a mixture of uncertainty and total fear. She’s old, I thought. 12 isn’t a young pup anymore. What if she can’t handle surgery? What if she doesn’t make it? What if, what if, what if?

I’m not that religious of a person, but I prayed. I prayed, and prayed, and prayed. I felt helpless. My lack of control, my guilt that wrapped around my heart, and my fear of death collided. I was inconsolable. And I refused to let her see it. So I spent hours in our bathroom between Tuesday and Wednesday, sobbing quiet tears that left me feeling like I’d be through a war zone.

Shame on me for doubting her or the process, but Meg did better than I could have ever hoped for. 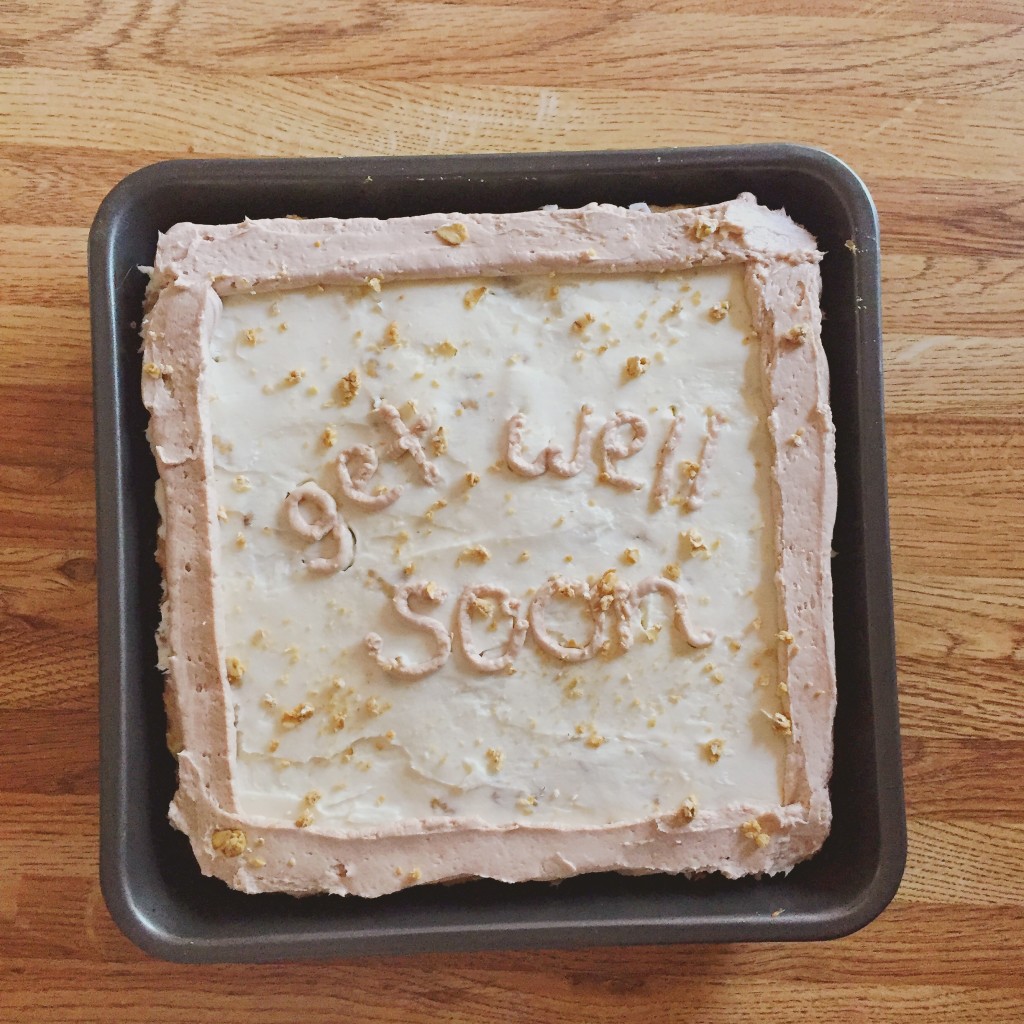 She was her true self.  A fighter that never gives up. Even when the surgery went longer than planned. Even when it was the longest incision that the vet had ever done in her 16 years of practice. Even when they removed half of her mammary glands and so much tissue that it was going to be a longer healing process because there was so little to keep everything together.

Even after all of that, and even after the receptionist mentioned as we picked her up that “since she’s an older dog, that should make recovery easier” – she was her normal self in less than 24 hours.

And while I’m sitting here, writing this and watching her sleep with her new e-collar that doesn’t make movement so damn hard, appreciating the fact that she is healing beautifully – I ache.

Because this is just the beginning. This is the start of an unknown timer that’s going to shatter my world even more without me even being fully ready for it to go off.

Our two week healing process is our current focus. While she’s healing, while she’s taking her pills to get better, and while we’re waiting for the staples to be removed next Thursday – we have time. Time to enjoy her, time to love her, and time to learn more about this awful disease that is currently plaguing her.

The fear comes in waves, knocking me off my feet and sending me straight back to the bathroom to cry those silent tears when I least expect it. The scars that are forming work as reminders of the battle that lies ahead of us. And the subtle waggle of her tail as we softly scold her for licking her wounds, telling us she’ll just do it if we turn our backs for 2 seconds, reminds me of how precious life and time is.

So far, the only solace I have found is in a book: The Dog Cancer Survival Guide. Turning to the internet made life harder. It was filled with stories, both good and bad, that left me feeling hopeless. Would the saddest story be our scenario? Would the happiest story not be the one that we got to celebrate? Regardless of the story, my heart was gripped by fear and turmoil every time.

So I stopped. I turned to a book, ignored all of the forums, and so far – it’s worked. Those tears aren’t nearly as frequent. And this book is the only thing that has found even temporary, minor solutions to my increasing depression with her diagnosis. I haven’t even made my way through half of this book and I already find myself treating this diagnosis as something much larger than a death sentence.

I have so much more to do from here, and honestly – so much more to say. But even putting words to all of these emotions and trying to make sense of them long enough to put a blog post together feels exhausting. This diagnosis has changed me in ways I never knew possible, but I’m grateful to have this blog to document that and our journey as we fight this.