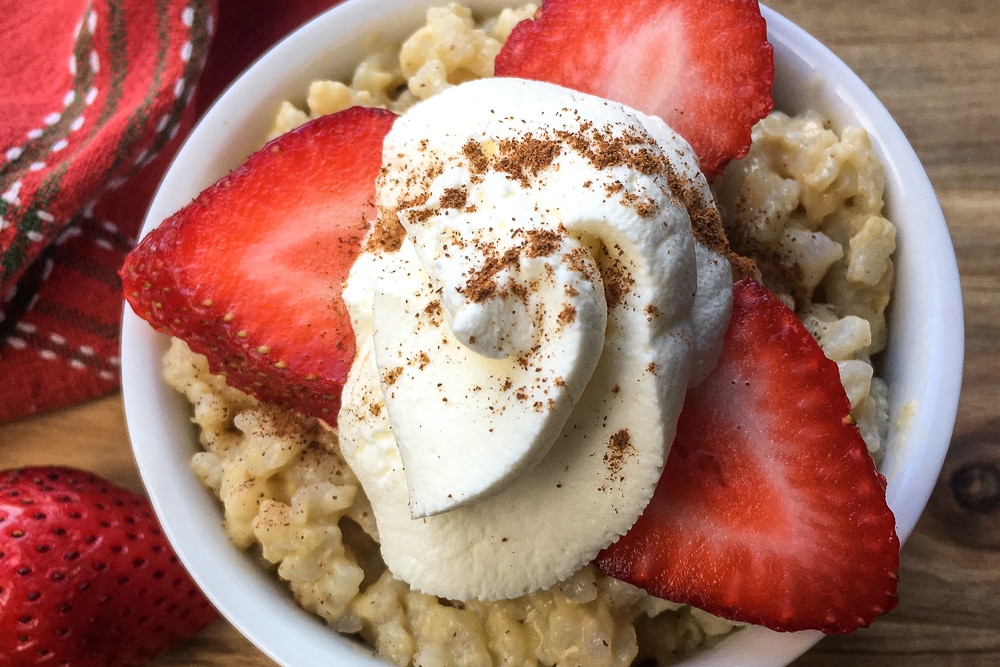 Not only is this Instant Pot Rice Pudding recipe quicker than traditional stovetop rice pudding, it’s creamy and custard-like consistency is to-die for! It will quickly become one of your favorite easy Instant Pot recipes! 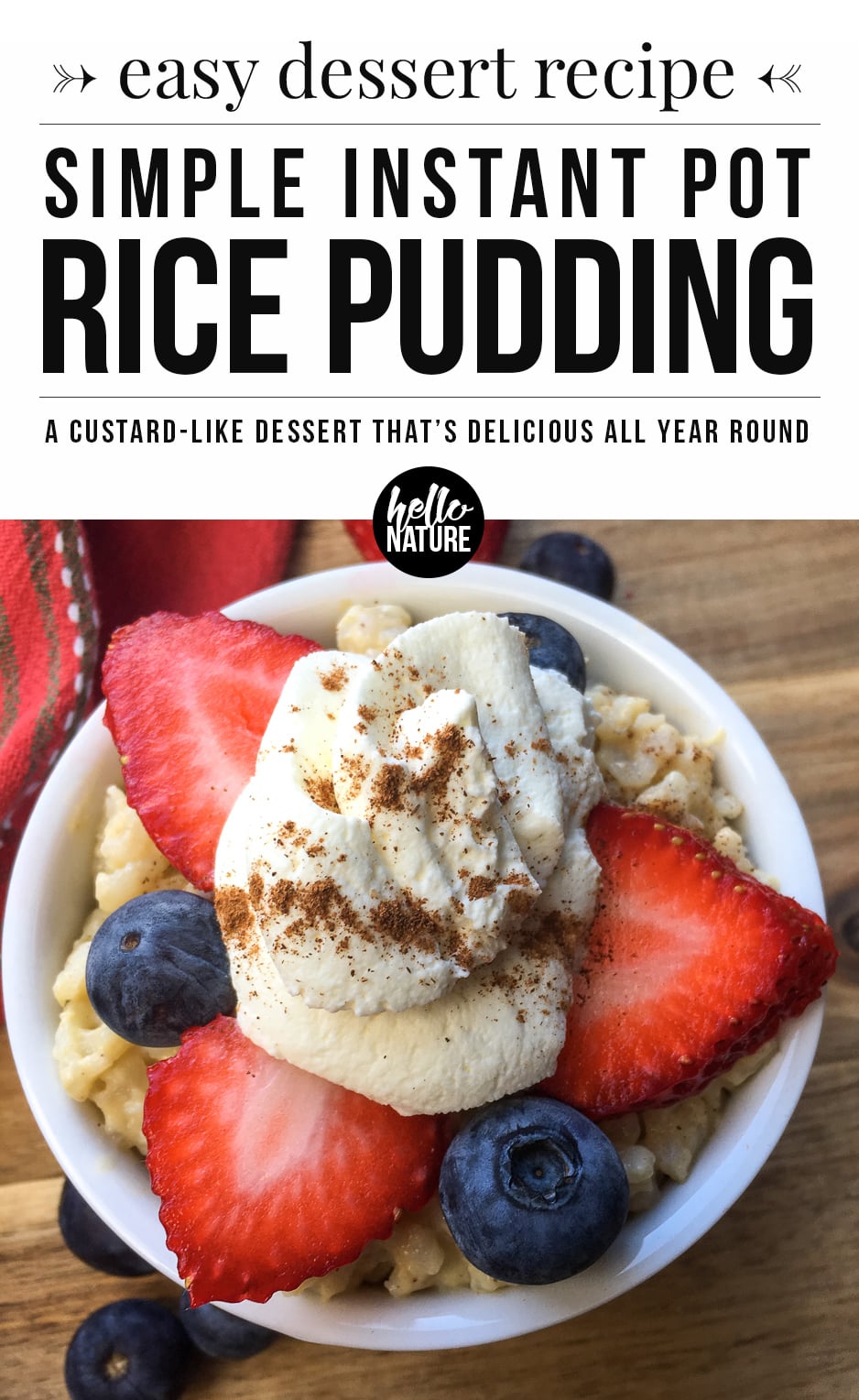 I have quite a few food-related memories, most of them revolving around vacations since we don’t tend to eat out that often at home. There are certain foods that stick with me and every time I eat them, I think back to moments in time that are forever etched in my memory.

And while this is fairly common for me, it’s rare that I have two distinct memories related to some of my favorite foods. But rice pudding is one of those rarities for me.

The first memory I have is when we went to Mexico and they had it at one of the all-inclusive resorts. It was the perfect hot weather dessert and I always scooped from the sections that had extra cinnamon sprinkled on. I probably consumed my weight in rice pudding over our stay, but it was totally worth it.

The second memory I have is eating it with my grandma when we stayed with her a few years ago. She raved about how good it was and how excited she was to find it at Costco, her second favorite place to shop. I remember eating it constantly with her at her kitchen table. 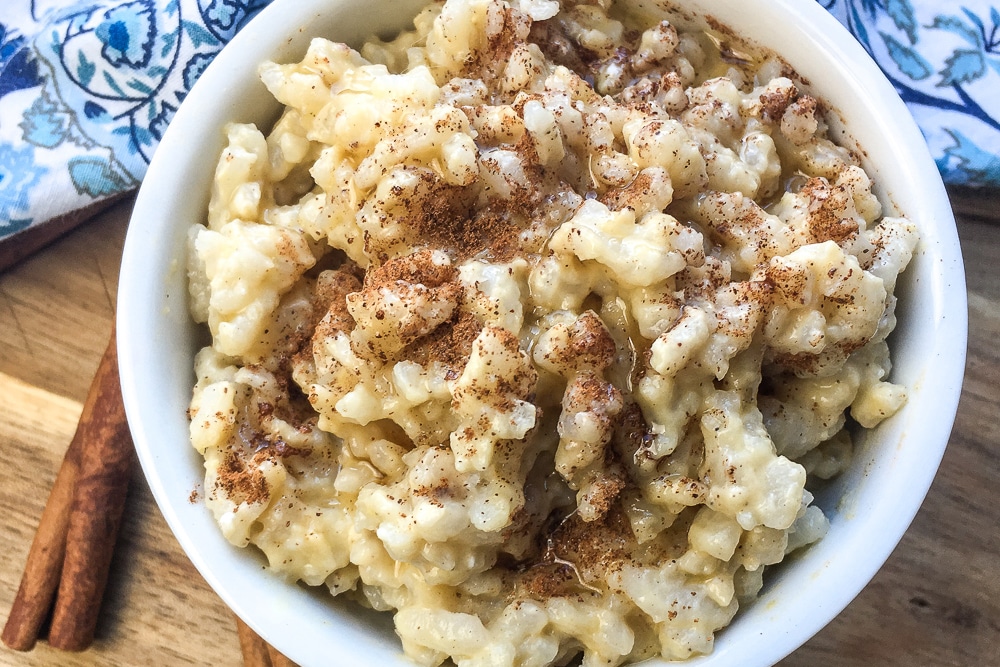 I never got around to making it at home because it took so long though. Luckily, we’ve gotten around that with this delicious Instant Pot Rice Pudding recipe!

Not only is this version easy to make, but it’s even tastier than I remember the rice pudding tasting in both of those memories. This Instant Pot Rice Pudding is super creamy and has a delicious custard-like texture that is mouthwateringly good.

And while it’s great on it’s own, it’s also delicious when it’s jazzed up a bit. 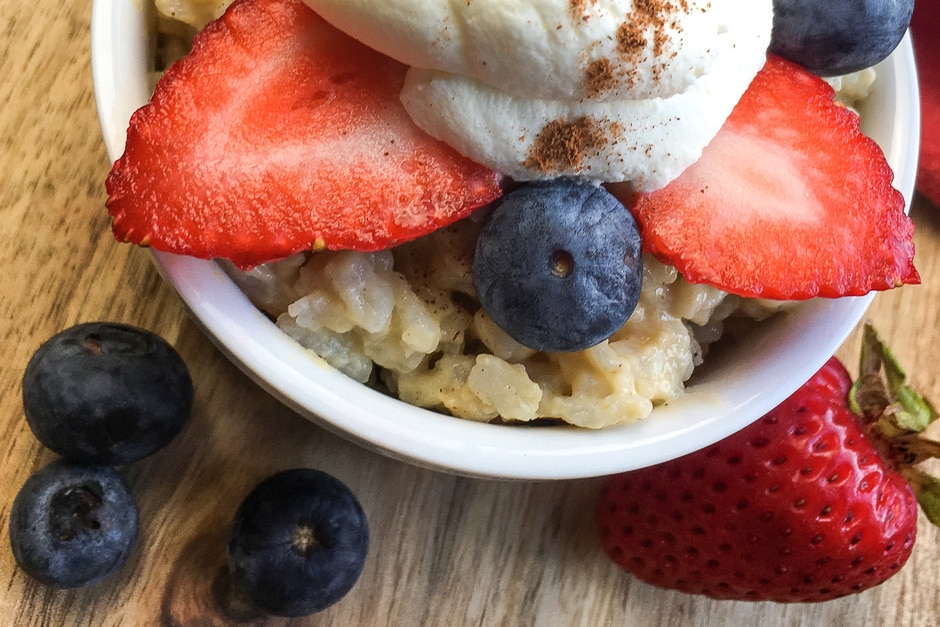 Some of my favorite Instant Pot Rice Pudding Additions are:

Or a combination of a few of these! 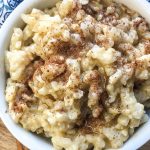 If you found this helpful, I would greatly appreciate you sharing this on Pinterest! 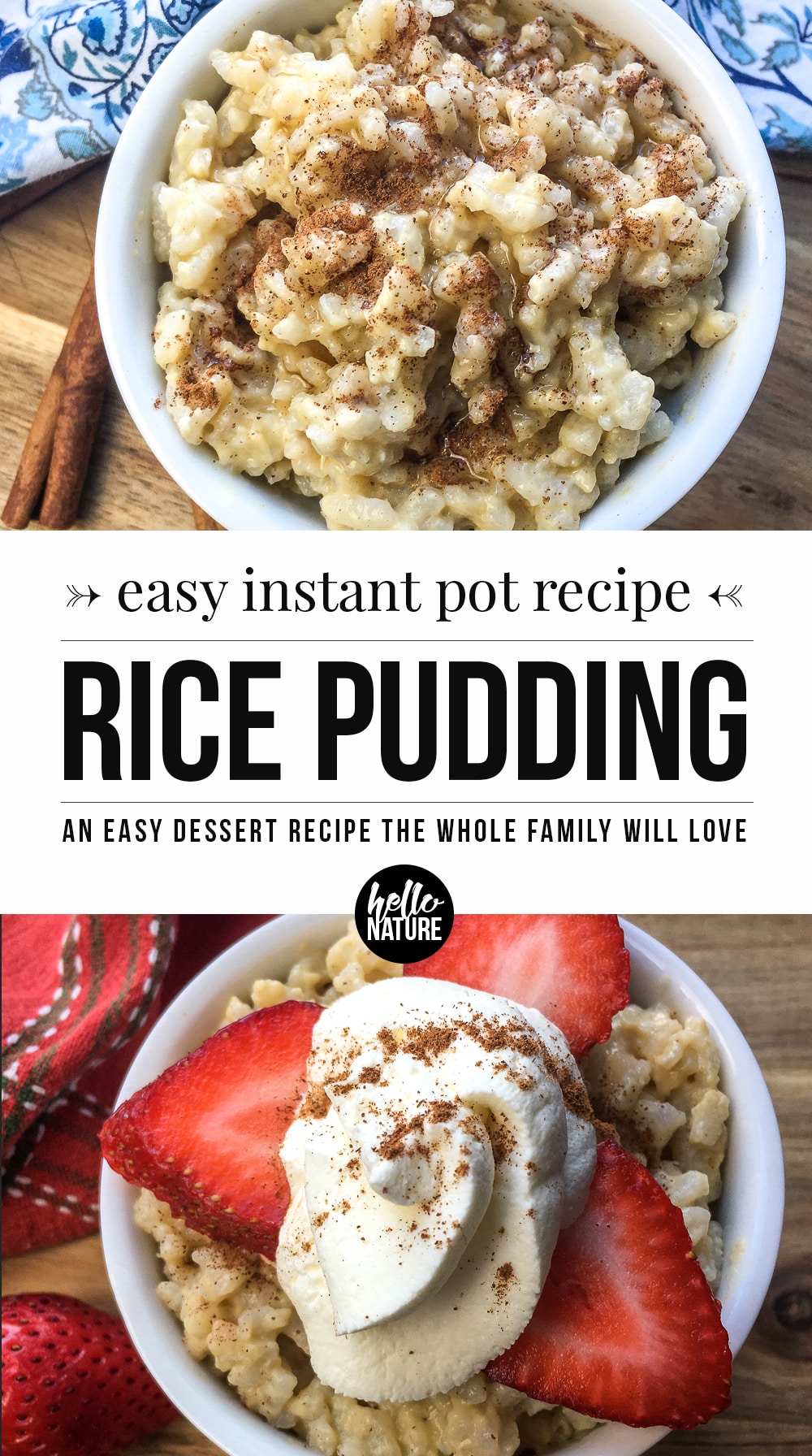