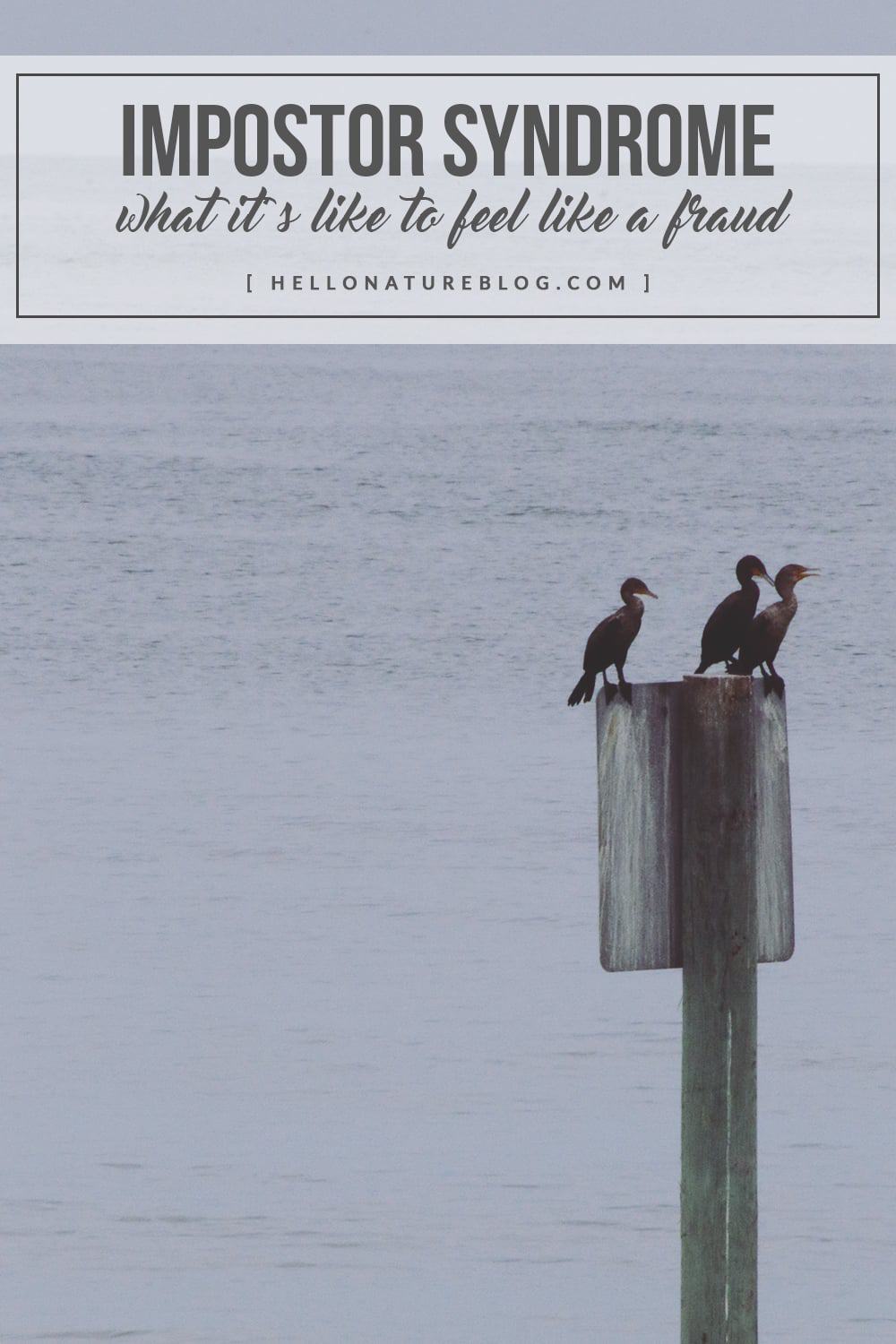 These words were softly spoken this weekend. Exhausted after some rough little to no nap days followed by sleepless nights for Lily, I was done. The weight of the world had worn me down and the words I’ve been trying to hide for who knows how long slipped out.

They were specifically in reference to my work – this blog and the Gnarly Whale. But in reality, it’s everything I do.

I used to think it was that I didn’t feel good enough. But it’s not that. Similar, but different. I just feel like one day, someone reading this blog or someone buying our products or someone watching me parent will be like “See? You’re an impostor. This isn’t what you’re meant to be doing and you’re just a flat out failure.”

Now I know the reality of those words being spoken to my face are pretty much slim to none. And truthfully, I’ve no right to worry about if someone is thinking that since it’s more of a reflection on them than me. But still. Every time I do anything that has any sort of significance, I pause. I pause and I think…

And then yesterday, I found out it’s a thing. Like a legitimate, not just me thing. And it’s called impostor syndrome. I read this article and I’m pretty sure pigs flew and unicorns danced around me because this? This could not be real. Someone could not have so eloquently put words to the nonsense that has been rumbling around in my brain for years.

In the article, the definition of impostor syndrome is pretty simple: It’s feeling like an impostor when you’re not. Like you’re a fraud and the whole world is going to find you out.

And I’m sitting here, wanting to wave my hands around frantically because hello, that’s me. And there’s so much information in that post that I want to keep doing that for. But I’m pretty sure my arms would simply fall off if I did.

One of the ways to overcome impostor syndrome is to share it with someone. And I had already told Nathan so I could have easily checked this one off. But guys. He saw a baby come out of me. He kinda thinks I’m superwoman after that so… here I am.

Sharing it with you.

And that kind of feels….

It’s not as scary when you say it out loud. It’s not my dirty little secret any longer. It’s just there. A part of me, but not something that’s defining me. And you know what? I’m okay with that. Because that is something I can work on without waiting for someone to figure me out.

Now I know that the next blog post I write, and the next time I talk to someone about being self-employed, and the next time Lily does something amazing that I helped with … I’ll be like “Yep. Still a fraud.” But my hope is that I can maybe even feel 1% less like a fraud. And then a couple more times after that, maybe even 5% less.

And maybe some day, somehow, I can really own what I do. Knowing I might be wrong and that I’ll make a boatload of mistakes, but nope. Not a fraud.