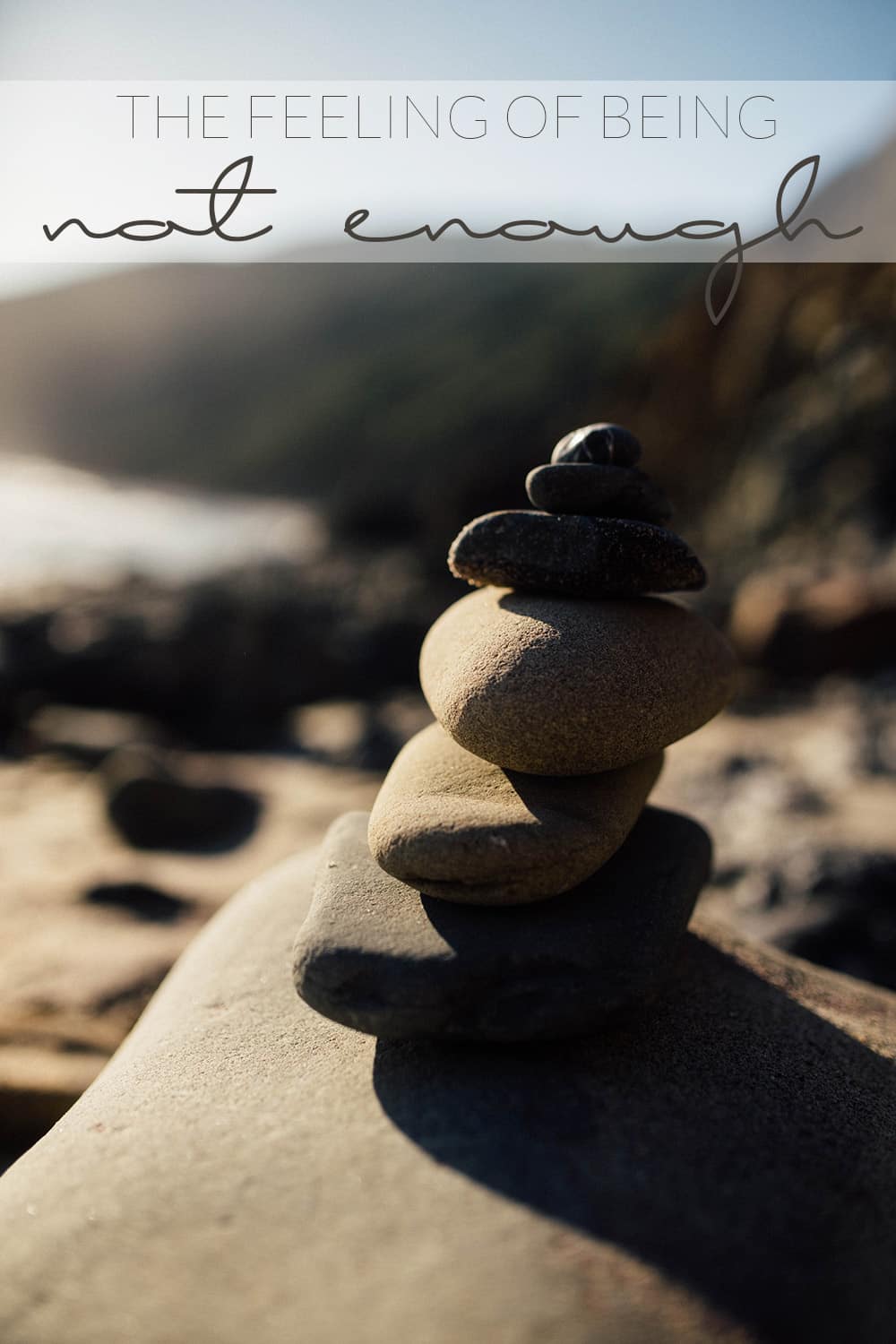 The Feeling Of Being Not Enough

I realized pretty quickly that I have a very skewed idea of what success is for me compared to others. The small successes of someone else are ones that I would congratulate them on and celebrate with them. Meanwhile, those same beautiful small successes for myself are quickly dismissed and deemed not good enough.

I think that’s pretty common. I think treating yourself like you treat others is one of the hardest things to do, especially if you’ve struggled with your self-esteem at any point in your life. But the scary truth for me is that I don’t know what success truly is. I don’t have a hard line that divides being successful and unsuccessful. And even though I don’t have that hard line, I do have the idea in my head that’s what’s successful for others is not successful enough for me.

It’s scary because that means I’ll never know what success truly is.

This damaging, unfair mindset is not working for me. It’s held me back, prevented me from embracing our business and this blog, and showcasing the true fantastic qualities that make me a person worth knowing.

It’s hard to look at this list and feel anything but sadness. Knowing that these words that surround the simple, cold words of “not enough” are always circling my head. Not only that, but they’re replacing the positive words. The ones that fill me with satisfaction and leaving me feeling like I am enough.

And I know there’s no quick fix.

No light switch that turns removes the not from not enough.

But I also know this is something that I need to work on. I don’t want to let not enough be the words that define me, this blog, our business, my marriage, or my life. I’d love for it to instead be more than enough, but you know what – absolutely enough is enough for me. Absolutely enough is exactly where I need to be. Anything beyond that is the icing on top of a delectable carrot cupcake.

So I’m working on it. Working on taking out the not when I’m going through the list of things I did every day and trying to instead remember everything I did do enough of. Everything else doesn’t matter in the grand scheme of things. Most of these things that I’m not doing enough of are things that just haven’t reached their full potential yet. And if they don’t fall in that category, then they don’t matter enough for me to give them a second thought.

And I challenge you to do the same. Stop telling yourself that you are not enough and instead tell yourself that you are absolutely enough. We’ll always be a work in progress, but work only progresses when we give ourself something to progress towards. And we need to progress towards a better, kinder future – especially when it comes to loving ourselves.